Putting two of the great romances of the 20th century in perspective.

Actress Carole Lombard and former first lady Jacqueline Kennedy were both attractive, intelligent and talented women.  One was married to the "king of Hollywood", Clark Gable and the other to the president of the United States, John F. Kennedy.   But what they shared in common most of all was the fact that they were both married to unrepentant serial philanderers.

If you look at their many photos from the time of their famous marriages both women are invariably shown wearing wedding rings.  Yet their husbands are not -- not even on their wedding days.   Both women apparently loved their husbands yet both also had serious reservations about their conduct.
People ask whether a marriage can survive the discovery of an affair. Carole Lombard and Jacqueline Kennedy dealt with this issue on an almost daily basis. They knew the men that they married and apparently thought they could change them.  They both made heroic efforts to create a home life for their husbands that met all of their needs as they saw them.   But they failed to stop their straying cat behavior.  Interestingly neither man was particularly well endowed, nor were they particularly good at the act of making love.  It wasn't sex that kept them together.  So what kept them in their marriages? 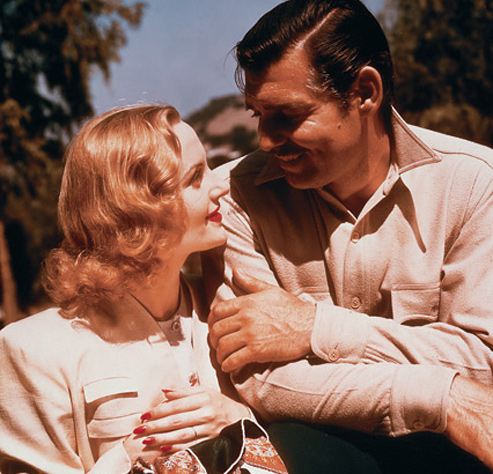 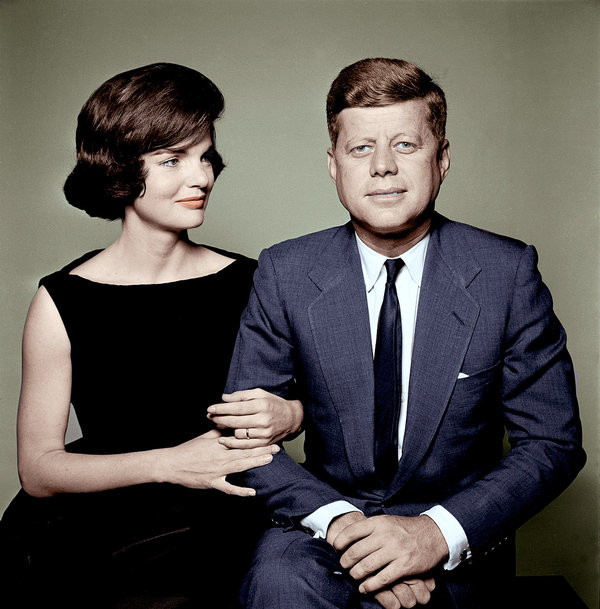 Both of these men continually took risks that jeopardized their marriages. And both did so in a way that disrespected their wives.  In the memoirs of the summer intern who had an affair with JFK, she states very clearly that she was seduced initially in Jackie Kennedy's own bedroom in the White House and on her very bed. 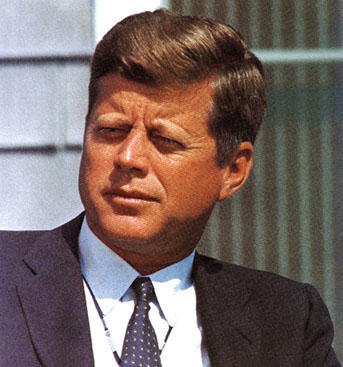 Clark Gable was notorious for sleeping with just about any available script girl and hat check girl in Hollywood.  On their first date he invited the woman who became his fifth wife into his home and said to her "why don't you go upstairs and take off your clothes?"   Now there were only two bedrooms in Gable's home, his and the one that his wife had used.  Carole was dead, but sending someone up to disrobe in her bedroom was not the sign of respect for his date nor that of being a deeply grieving widower. 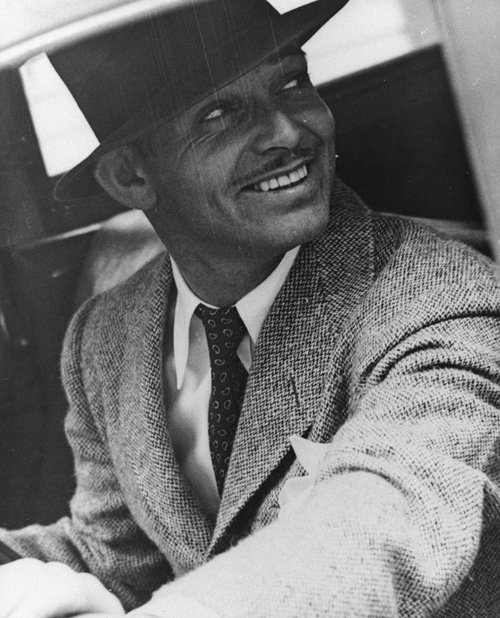 Both men felt a need for constant sexual activity and felt entitled to it. Yet when married they both expected their wives to be loyal and respectful of them and understanding of their needs.


There certainly were compensations that both women were well aware of. 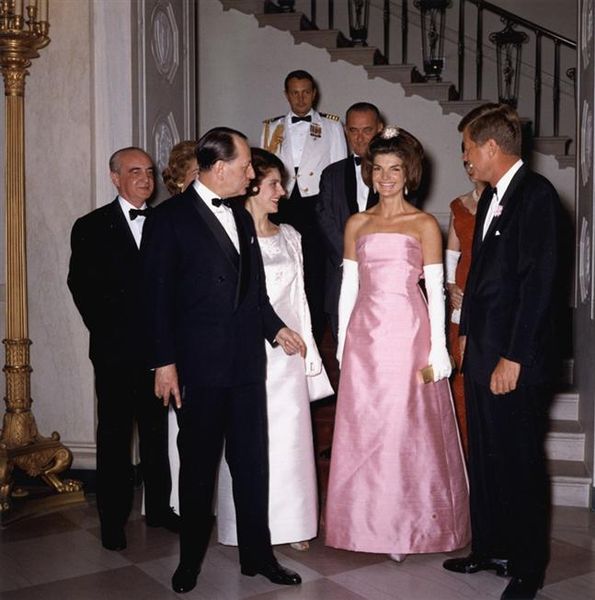 Jacqueline Kennedy as first lady at a White House reception. 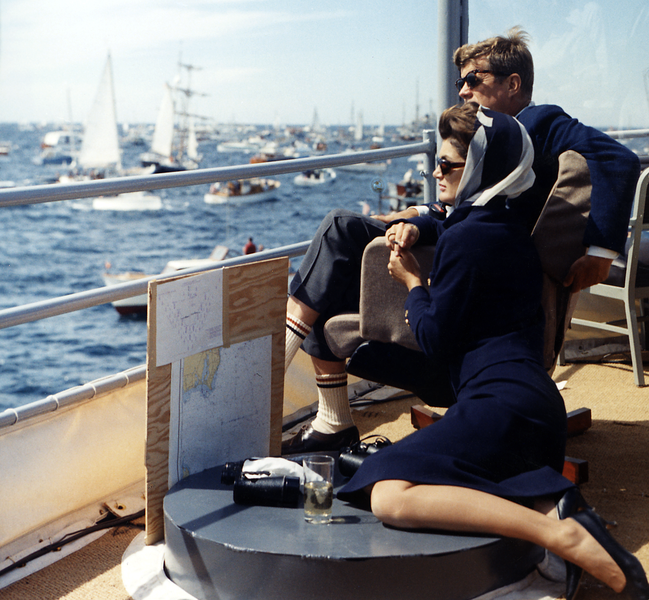 Jacqueline Kennedy watching the America Cup races with the president in 1962. 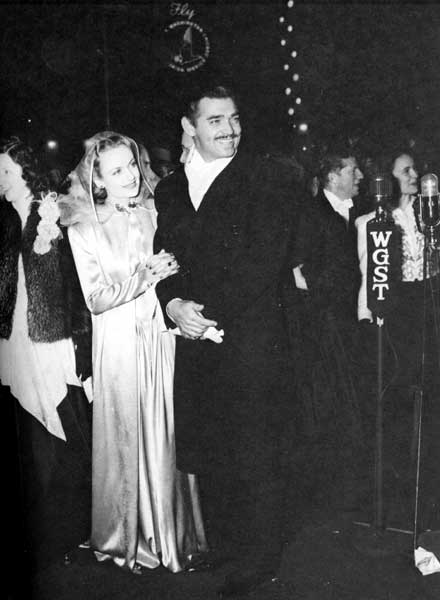 Carole Lombard and Clark Gable at the premier of "Gone With the Wind" in Atlanta (above) and in Los Angeles (below). 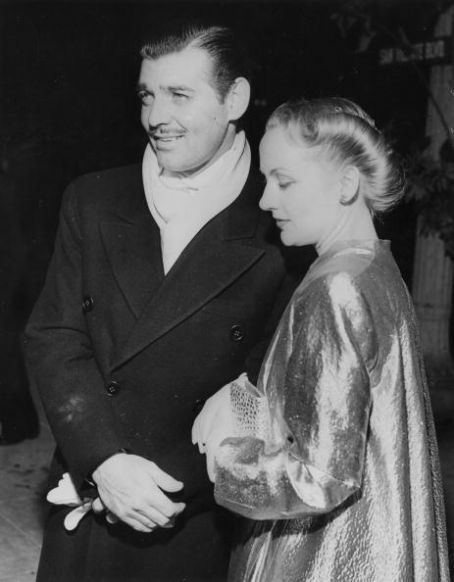 From an article by Julia Stuart


Clark Gable and John F. Kennedy, like so many serial philanderers, possessed of transcendent charm. But like so many men - and women - time and again drawn to infidelity, the colourful charade cloaks the stark reality. This is a psychological condition with dark consequences for the individual and those around them. The stage set is real; sex with others when you've made serious promises to do otherwise, is not entertainment but a potentially life-shattering cataclysm. Cheating is a serious psychological condition.

"Obsessional thrill seeking - when you can't be without it - falls into the category of perversion," says Martha Stevns, a Cambridge Jungian psychoanalyst. "The individual is constantly looking for fulfilment but the contact they desire never happens. So they begin again. When behaviour is repeated it moves from the normal into the realm of compulsion - like a shoe fetish or any other prop. It is tragic and sad."

Terri Apter, a psychologist at the University of Cambridge, recognises the pattern. "Some serial adulterers just love the excitement of sex. Others are more attracted to the power of it. You can rejoice in being desired or being in control. To feel you can ask something so intimate of someone, and so often, is essentially narcissistic. It can be a way of avoiding genuine communication or an attempt to make contact. A Don Juan can have a deep dislike of women and is out to demean or humiliate them."


Sex addiction is not only a male phenomenon. History has thrown up some eye-watering female examples. Catherine the Great was celebrated for having sex with everyone including her own horse. Messalina, wife of Emperor Claudius, challenged the chief of Rome's prostitutes in a public contest as to who could have the most men in a day, retiring exhausted.

Commonly though, women who whisk their way through endless lovers thrive on attention and adulation.  "Women are immensely flattered by being desired,' remarks Dr Apter. "Sex can become the arena where they feel the most powerful." This certainly applies to Nora. Gorgeous and lissom in her late twenties, she calculates she has had dozens of men, but maintains a steady boyfriend in what she calls a "companionable relationship".

Dr Apter says that there is "evidence of a genetic component in all addictions, and the susceptibility is often inherited. But it doesn't mean a sex addiction is inevitable. Past experience and environment play their part." Another favourite belief of serial philanderers is that, far from reprehensible, their behaviour is actually good for their marriage. "Well, it can keep it stabilised," says Dr Apter. "In the Clintons' marriage, for example, Hillary's dominance, which Bill clearly admires and likes, is counterbalanced by his errant sexual behaviour. For an addictive personality, sex is preferable to, say, alchoholism, which would be more disastrous to the marriage and family. Sex addiction cannot be said to be always bad."

But maintaining a life of constant deceit does place tremendous demands on anyone who sets about juggling their life this way. And it carries with it the constant shadow of discovery. According to Dr Apter, sex addicts minimise the risks in their own mind: " Those in the public eye close their minds to the likely outcome, which is probably exposure. We all do this when we want something badly enough. Everyone is skilled at self-deception. We want to feel we are good people. So we become adept at minimising destructive and demeaning behaviour."

Martha Stevns believes that "on a psychological level, sex compulsives often want to be discovered, because maintaining this kind of serial infidelity is ultimately unbearable. Only then do they get the chance to find real fulfilment in a satisfying mature relationship. There is a psychological concept, the puer aeternus, the Eternal Boy, the Peter Pan who refuses to grow up and take on real responsibilities.  The challenge of the new conquest promises that the next relationship will bring the satisfaction they crave."

Both psychologists agree that this kind of addiction, what they prefer to call compulsive sexual activity, is ultimately self-destructive. "It is often an infantile inability to repress any desire," says Dr Apter. Ominously... she adds, "The very privileged often do not develop this self-control and become self-indulgent, feeling entitled to make constant sexual requests."

Martha Stevns is even gloomier for the future. "Having affairs is ultimately about not relating to someone properly. It feeds a constant desire to repeat the exercise in the futile hope of finding fulfilment. It can lead to severe depression. In order to treat someone like this, we would need probably years of therapy. It is a serious disorder pointing to deeper problems."

And it clearly is not all fun on the sex circuit. Big time Fifties womaniser David Niven bemoaned his constant search for sex as "like being tied to a mad parrot" ( reported mistakenly by a friend as "like being tied to a mad carrot") and Michael Douglas,  had the indignity of having the treatment for his "condition" trumpeted to the world.   Errol Flynn, Clark Gable all confessed in their era to a compulsion for sex that had begun to take control of them.

Clearly life for these women was not a bed of roses.  For Lombard the great love of her life, Russ Columbo, was dead.  She made the most of her marriage to Clark Gable.  Jacqueline Kennedy had children and was the first lady.  Whether her marriage to John Kennedy would have lasted past their term(s) in the White House, we shall never know.