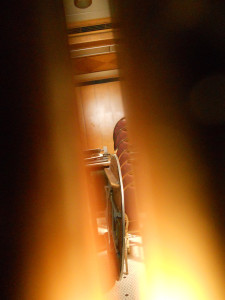 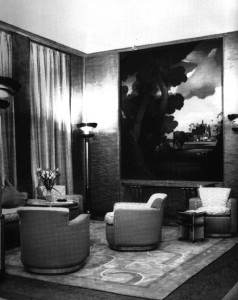 This morning, Friday November 23, 2012, the double doors added in Long Beach and used as an entrance to this room were blocked off with a barrier. 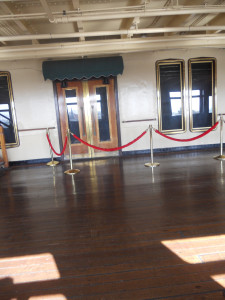 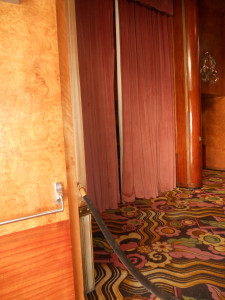 
Hopefully more than a barrier to taking photographs through the opening between the doors has taken place.  Indeed a casual glance into the former first class main lounge, renamed the Queen Salon in Long Beach, leads me to believe that the forward bays in this once elegant room are again being used as chair storage space.

The use of the former main lounge and the former first class smoking room as multiple purpose catering/banqueting "ballrooms" in Long Beach ever since the conversion of the ship created extra table and chair storage requirements that didn't exist on the ship while at sea.  Moreover this use has created a need for kitchens and pantry space that also did not exist on Promenade Deck since the dinning rooms for all three class were originally housed on C Deck - renamed R Deck after World War 2.  How might some of these extraordinary table and stack chair storage and pantry needs be met in the context of the historic ship without causing further damage to Promenade Deck? 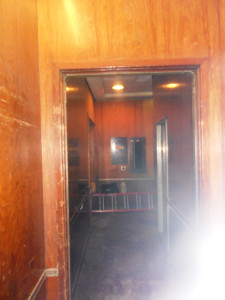 The hall area aft of the former first class Smoking Room taken through the window of the "service entrance" on November 23, 2012.

Shifting stack chair storage back into the forward bays of the former main lounge and the hallway and elegant staircase up to the Verandah Grill behind the former first class smoking room is not a satisfactory solution.  Even assuming the current use of the former lounges on Promenade Deck as multipurpose banqueting/meeting "ballrooms" a better and far less damaging solution for stack chair and banqueting tables is available.

During the period in the late 1980's when Wrather Port Properties was run by Disney stack chairs and collapsible banqueting tables were stored in the decked over second funnel hatch, a former mechanical area adjacent  to the Queens Salon.  This large room created during the conversion has no architectural points of interest and was an excellent and undamaging solution to the storage problem.

Unfortunately today this room serves as a shop housing the Scottish Heritage Center.  The lessee of this shop has a favored position amongst the merchants on the ship due to being a co-founder of the Scottish Festival.  Yet this shop might easily be relocated to the first funnel hatch.  The video arcade located there today might be better placed off the ship in the building on the wharf near ticketing. 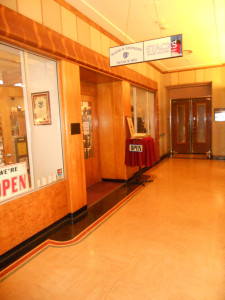 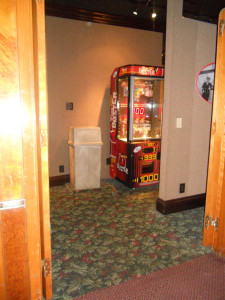 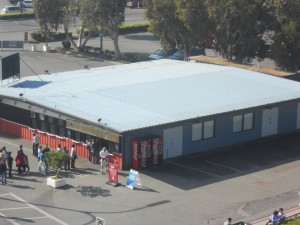 No Doubt Evolution Hospitality might create the biggest and the "baddest" video arcade imagingable in this structure.

In addition there is a fairly large original storage space behind the fireplace in the former main lounge that is apparently rarely used because of the step up at the entrance.  Perhaps the ship's engineering department might make it more accessible.  These simple changes could allow for a reintegration of the two forward segments of the former Long Gallery and opening up of the hallway and staircase to the Verandah Grill.  In the longer term these changes can be important steps toward recovering the sweeping grandeur of Promenade Deck much as designed and initially built as I and others have envisioned both for historic preservation purposes and for fun and profit.