Prior to construction of the Rapids Mall in the mid 1970s the downtown of Wisconsin Rapids extended several blocks west on Grand Avenue all the way to the tracks of the Milwaukee Railroad and beyond.  Several blocks of buildings and their businesses were demolished in the mid 1970s to make way for this redevelopment project.   One of the buildings and businesses affected was the Hiawatha Bar.  Named for the famous train that made a stop on its route to and from Chicago to the Twin Cities at the station across the street from it,  the Hiawatha Bar was located 671 W. Grand Avenue or on the corner of West Grand Avenue and 7th Avenue South in a building that was built in 1909. 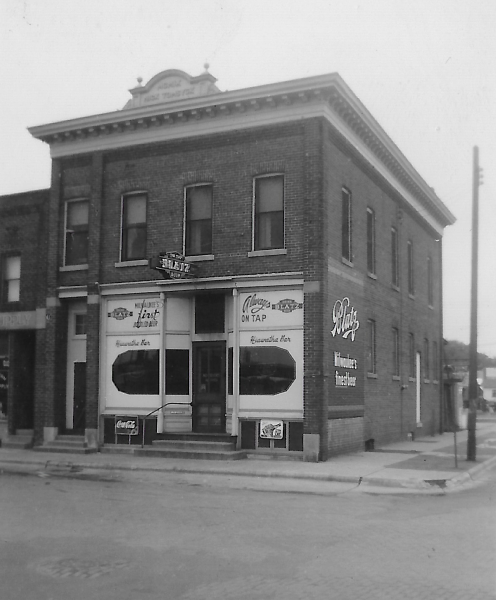 A notable feature in this bar according to David Kauffman writing in the Daily Tribune on June 8, 1974 was the 45-foot-long bar that was auctioned by the Redevelopment Authority prior to the demolition of the building.

"The quarter-sawed oak and curly birch bar with mahogany top" as the auction catalog said was built at the old G.J. Kaudy Manufacturing Co. in a factory where the Preway, Inc complex and the Green Bay & Western Railway Depot were later located.  It was bought by Jack Barrett for $400.  According to Kauffman "it took eight men to lift one end of the main section.  The structure had to be dismantled.  Ropes and hoists held up the long mirror, and finally the crew got it aboard a 24-foot truck."  It was destined for a home in Texas. 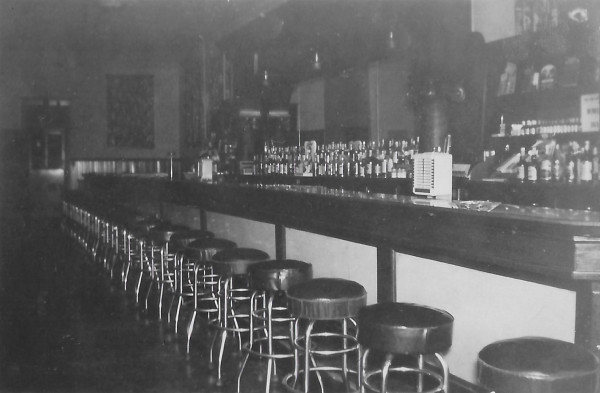 The long bar was located along the west wall of the facility.  Tables and chairs and a pinball machine filled the space along the opposite wall. 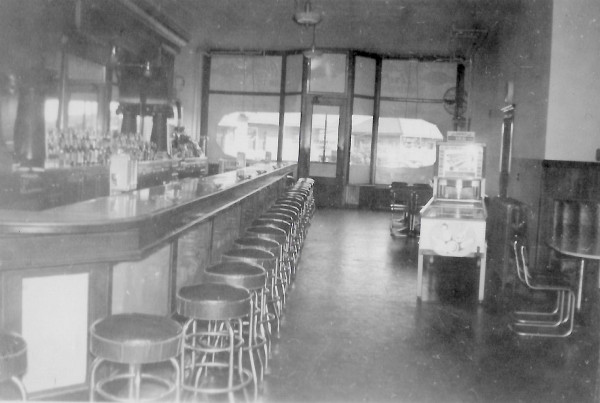 At some point after these photos were taken in the early 1950s a large mural of the Hiawatha Train moving through the countryside was painted on this wall. It was destroyed along with the building in the 1970s and I was unable to locate a photograph of it.  But it was probably based on an advertising image or postcard of the train.   Here is a similar image although set further in the West. 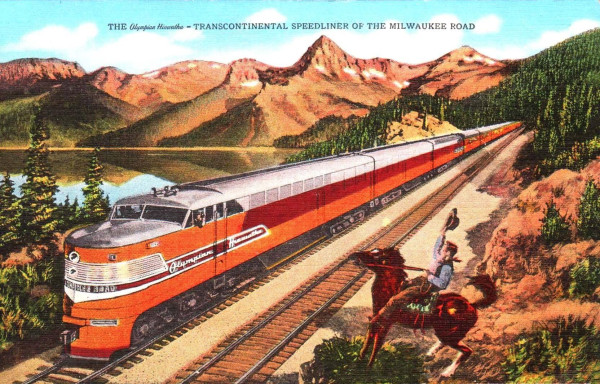 Open at 8:00 a.m. Monday thru Saturday and at 1:00 p.m. on Sunday the bar was especially busy on New Years Eve.  Here are some photos of the owner, bar tenders and patrons taken on a busy New Years Eve in the early 1950s. 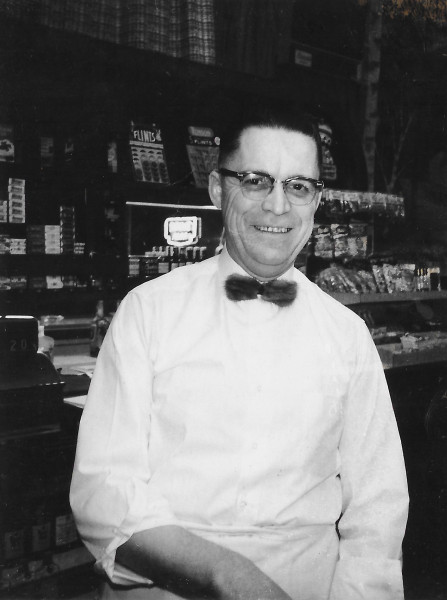 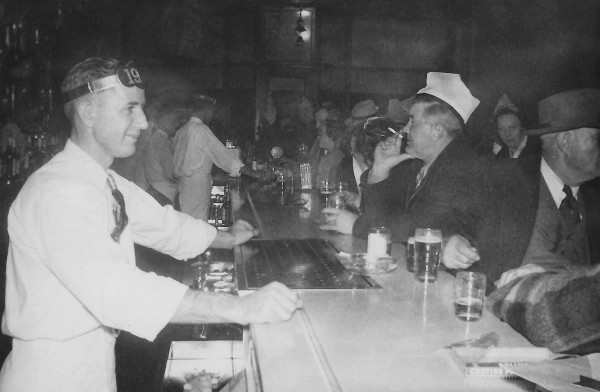 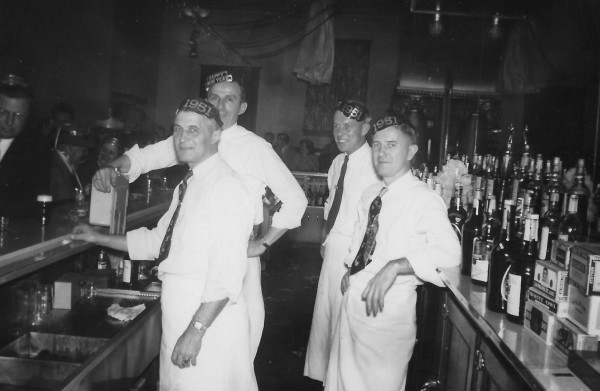 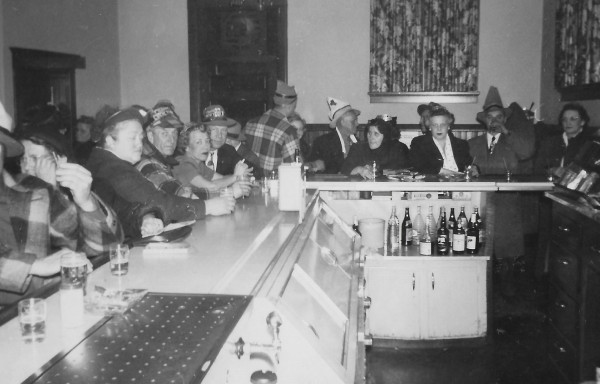 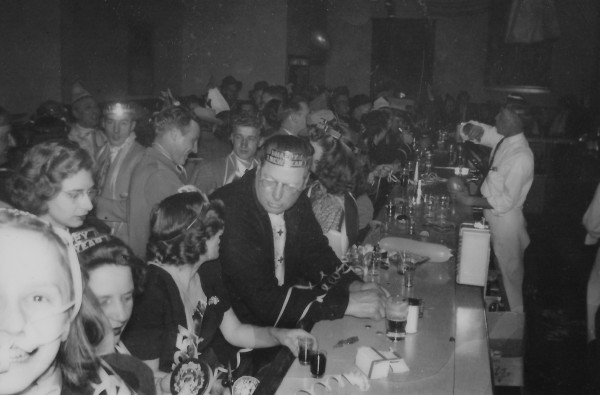 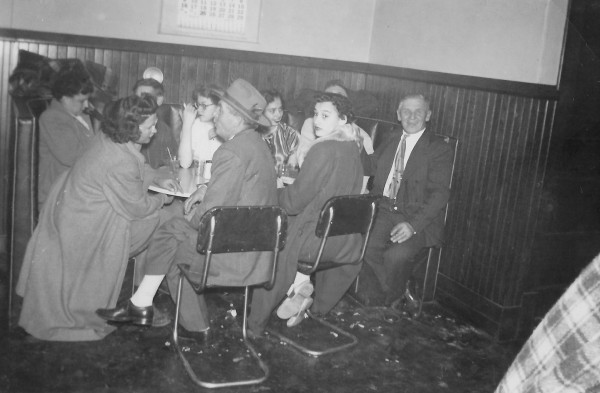 One notable surprise customer in 1960s was the late Jacqueline Kennedy.  Mrs. Kennedy was in town campaigning for her husband prior to the 1960 presidential primary election.  She made a stop at the bar alone and requested and was served an orange soda by my Uncle Leo Kleppin. The story was related to me by his son and my cousin, Jim Kleppin. Here is a photo of her taken in Wisconsin at another location while campaigning for her husband in 1960. 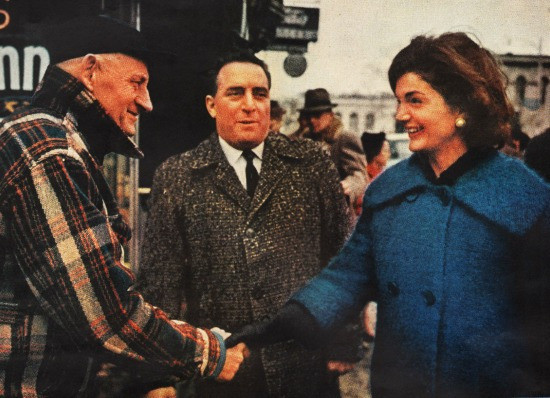 Last Call
In 1974 the City of Wisconsin Rapids decided to rebuild the western edge of downtown for the proposed indoor shopping mall.   The city hall building and the businesses and buildings on both sides of West Grand Avenue from 4th Avenue down to the railoroad tracks were targeted for demolition.  In addition to the proposed shopping mall an expressway that skirted it and the traditional downtown was also envisioned.  The impact on the vitality of the historic city center was not a major consideration. 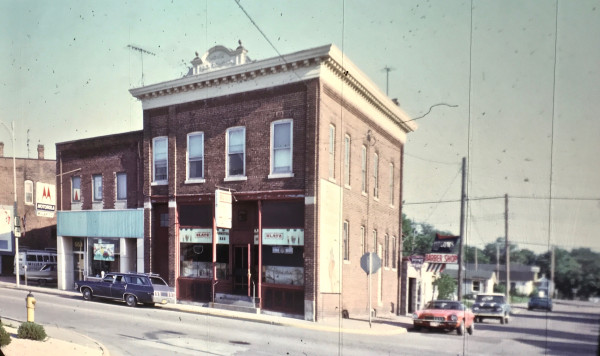 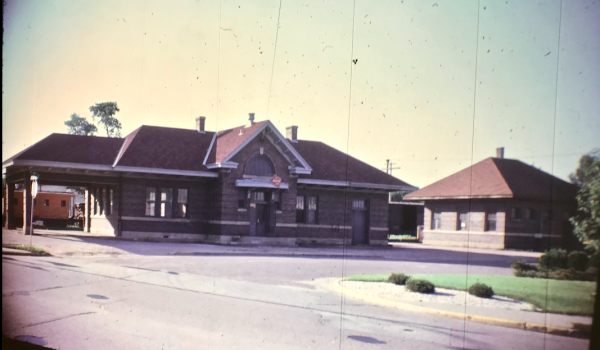 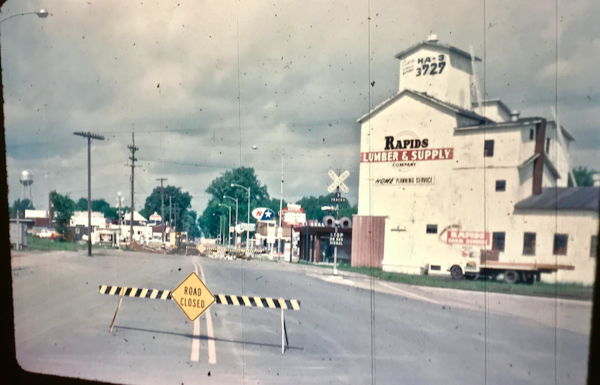 The owners bowed to what seemed inevitable and progress.  However, the many regulars of the Hiawatha Bar and their friends and family gathered for one last call.  Here are some photographs of that 1974 final event. 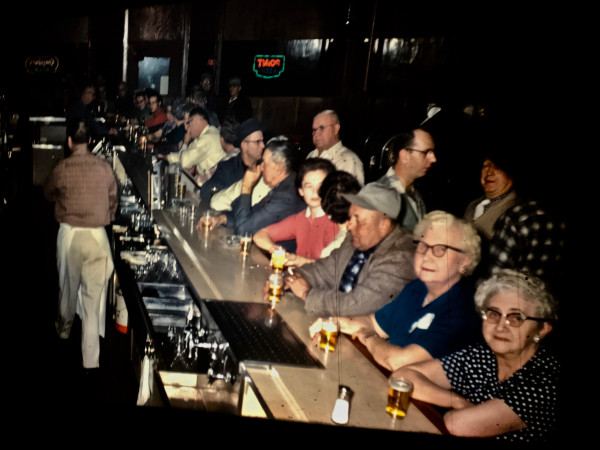 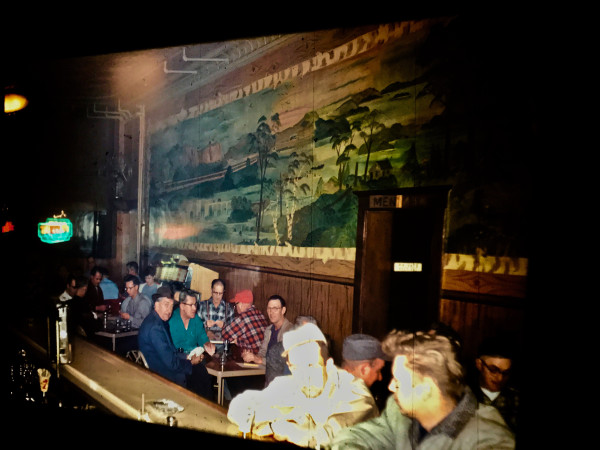 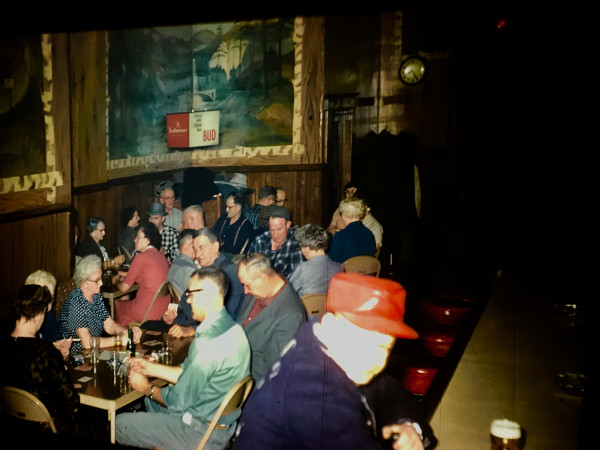 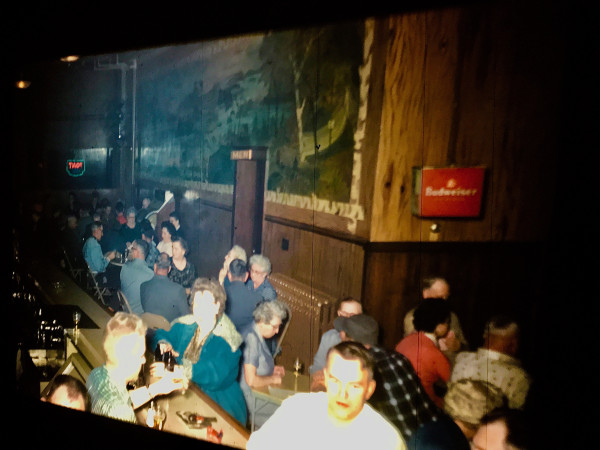 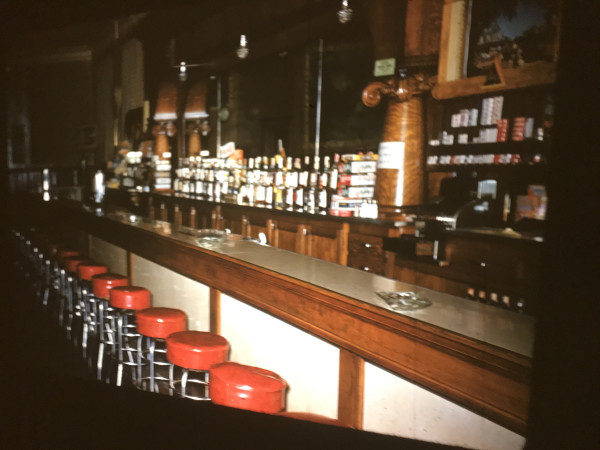 All photos were provided by James Kleppin, the son of Leo Kleppin, an owner of the Hiawatha Bar.  Jim also provided the author with insight into the operation and the patrons of the bar.

About the author
Bill Cwiklo was born in Wisconsin Rapids and educated at Assumption High School, Georgetown University, undergraduate in international affairs, the University of Dijon, France and at American University, where he earned a master in public administration.  Mr. Cwiklo was a principal consultant for an international corporations in the area of complex litigation and information management systems.
Between 1993 and 1995 he also served as historian and curator for the Queen Mary in Long Beach, California, a position that gave him an opportunity to assess first hand the current day operations of the ship. Mr. Cwiklo was a member of the board and of the executive committee of the Historical Society of Long Beach and of the Long Beach Heritage Coalition.
Now retired in Wisconsin Rapids, he edits a Facebook page related to the Queen Mary with over 10,500 followers and writes on other topics of interest to him.
Subscribe